They plant seeds that are more than 2,000 years old and germinate successfully

All seeds need certain favorable conditions for them to germinate successfully. Like, for example, a good amount of moisture and oxygen .

If they are sheltered for some time it is possible to plant them later only if the storage location is beneficial. At least that’s what we thought until now.

However, each seed has an estimated duration time to be planted. If it is not planted at that time it could simply not germinate, or germinate but never bear fruit. But, is it possible for a seed stored for more than 2,000 years to germinate?

For many people it would be an unattainable reality, but for Sarah Sallon it was not. Researchers in the Judean Desert Some time ago, a group of scientists were in the Judean desert and found some seeds of an ancient tree .

They decided to keep them, until one day Sarah and her partner Elaine Solowey wanted to see what would happen if they grew them.

Would this plantation produce any beneficial results?

It was to be seen. The rest of her fellow botanist archaeologists thought Sarah had lost her mind. But she was determined to start the experiment and was eager to see the results.

So, with the help of Elaine and other researchers, she planted at least 32 seeds. These seeds had been extracted from a palace. This place is assumed to have been built by King Herod the Great .

The ancient seeds were prepared by soaking them in water, adding hormones that stimulate germination, and then planting them in the ground in a quarantined area.

Of all those that were collected, only 6 seeds could germinate successfully.

What motivated Sarah to start this project?

Before starting this venture, there was an event that caught Sarah’s attention powerfully .

She read about lotus flower seeds that had germinated after 500 years in storage. Therefore, in 2004, he decided to ask Bar Ilan University to lend him some seeds from date palms.

These had been found in 1969 under ancient rubble. Date palms are cultivated Thanks to the great patience, effort and good work of Sarah and her partner Elaine, they were able to grow some amazing date palms .

They did not sit idly by when they were told that it was a project headed for failure. On the contrary, they made it work perfectly.

A kingdom famous for its dates 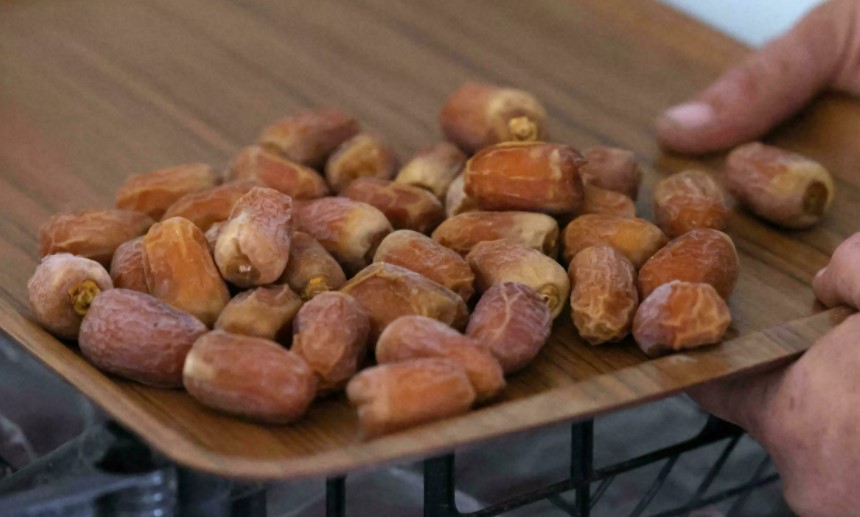 No one had ever imagined that after some seeds had been kept for so long in a desert place they could be germinated. This kingdom was very famous and known for the large amount of dates it harvested.

Besides that its flavor was exquisite. People said that these dates were large , but not only that, they also had medicinal properties. Which by the way, its sweet taste made it unique in the entire kingdom.

Sarah’s project was described as extremely novel after many agricultural specialists saw the results of these seeds. Just thinking about the great number of benefits that collecting ancient seeds and planting them can bring to humanity.

Sarah didn’t just offer an ingenious project. Rather, she has provided a beacon of hope for our planet that is currently struggling with a very strong climate crisis. On the other hand, it is also known that there is a great extinction of tree species.

Thanks to the ideas of this woman it is possible to take seeds from trees that we thought were extinct, to make them germinate . In this way, she would put a “stop” on the deforestation that we live in our days. 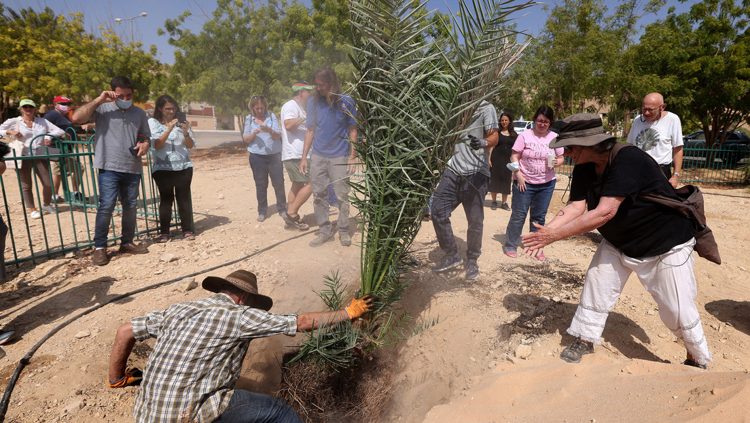 But he was in for a big surprise when in 2005 he began to see that one of the plantations he had made was beginning to grow . They decided to name him Methuselah for his long time. However, they later realized that this was a male plant and therefore would not bear fruit.

Sallon explained that maintaining a consistent date crop requires meticulous work and treating the plants “like children.” Without giving up, and after a long wait, a palm tree, Hannah, was born, yielding a hundred dates in the first harvest. This year, in August, the collection multiplied: about 800 dates, with a delicate honey flavor. And it is expected that soon another of the date palms will provide its production of dates.

Although the reason why the seeds remained viable for so long is still unknown, they seem to be physically very resistant and tolerant to arid climates, since they are adapted to the desert climate. Reviving this ancient variety of plants was not only an innovative project, but offers “a glimmer of hope” for a planet struggling with the climate crisis and the mass disappearance of species.

Previous They discover a mysterious underground channel that connects the Galapagos with Panama
Next Mysterious object from 7,000 years ago has the Pyramids of Giza drawn