They find treasure from an ancient kingdom that mysteriously disappeared

Left Borobudur Temple, which is presumed to have been paid for with part of the treasury of the Srivijaya kingdom. right Rings, beads and gold coins found.

Indonesian fishermen may have discovered evidence of a long-lost Indonesian kingdom, famous for its incredible treasures , whose unexplained demise occurred around the 14th century.

Sean Kingsley, a British maritime archaeologist, recently revealed that Srivijaya, a mighty Asian kingdom with untold wealth that explorers have been trying to find for centuries, may have been located. 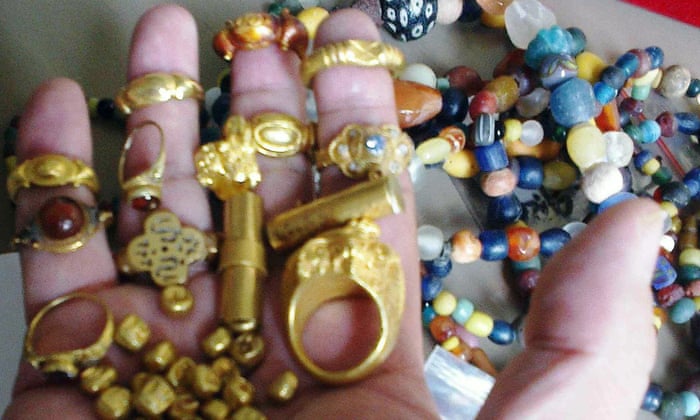 Some gold rings, beads and coins from Srivijaya, found on the seabed near Palembang. Credit: Wreckwatch Magazine.

Also known as the Golden Island , it has been part of tireless searches during the last years. Now its treasures, including precious stones, gold ceremonial rings, coins and bronze monk bells, were discovered during night dives in the Musi River near Palembang on the Indonesian island of Sumatra.

Different bronze and gold statuettes were also found in the shallow waters, knockers with the demonic face of Kala, who according to Hindu legend, the mythical head of Rahu , stirred the oceans to make an elixir of immortality . 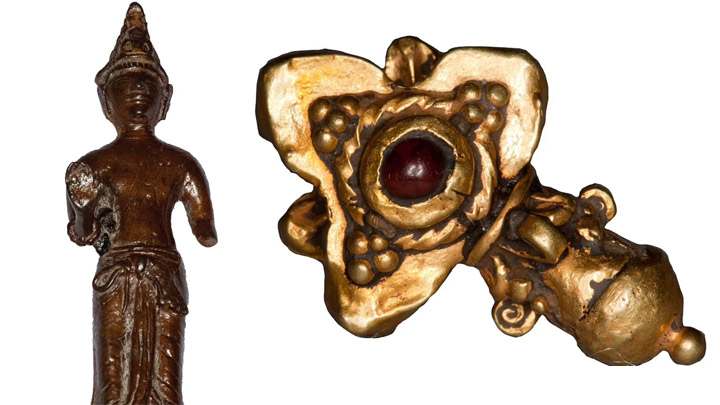 Ceremonial rings of gold, encrusted with rubies and adorned with four-pronged vajra sceptres, were also discovered , along with exquisite gold sword hilts. 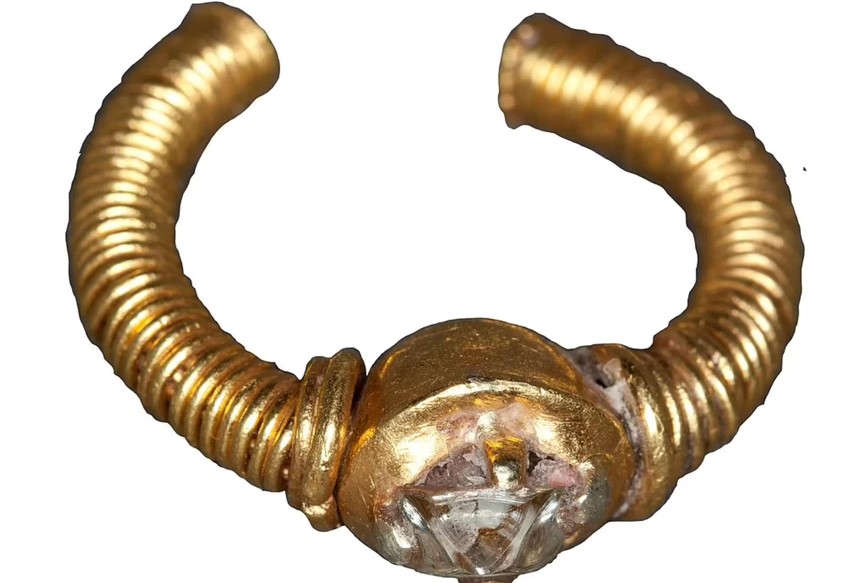 The treasure find was described as definitive evidence that Srivijaya was a ‘water world’, its people living on the river like modern boat people, as recorded in ancient texts: ‘When civilization ended, their houses of wood, palaces and temples sank along with all their possessions.

Collapse of an empire

Kingsley noted that, in its heyday, Srivijaya controlled the arteries of the Maritime Silk Road , a colossal market that traded local Chinese and Arab products as it connected China, Southeast Asia, the Indian subcontinent, the Arabian Peninsula, Somalia. , Egypt and Europe.

“When the western Mediterranean world entered the Middle Ages in the 8th century, one of the greatest kingdoms in the world burst onto the map of Southeast Asia. For more than 300 years, the rulers of Srivijaya dominated the trade routes between the Middle East and Imperial China. Srivijaya became the international crossroads for the best products of the time. Its rulers amassed legendary riches », explains Kingsley in The Guardian portal .

However, why the kingdom collapsed is still unknown. Kingsley speculates that they may have been victims of volcanoes in Indonesia, or probably the strong currents of the river that ended up “swallowing the city whole”.

You may also be interested in: The tribe that has mutated and can now dive 60 meters under the sea .

Many questions remain about the history of the mythical kingdom Unfortunately, the treasures are mostly recovered by fishermen who dive with improvised and risky weapons, who receive very little of the value of the objects they find.

These are sold before archaeologists can study them properly, and end up in the hands of collectors. For this reason, the specialist stressed that if official excavations are not carried out, the evidence that could answer the questions about the true history of the rise and fall of the mythical kingdom of Srivijaya will be lost.

Previous The impressive monument of three giant Viking swords
Next Why did Mohenjo-Daro of Ancient Indian Civilization Disappear from History?