A team of archaeologists working in Abusir, near Saqqara, have discovered the tomb of an ancient Egyptian military officer who commanded battalions made up of foreign soldiers, according to a statement from the Egyptian Ministry of Antiquities.

The find was made by an archaeological mission of the Czech Institute of Egyptology at Charles University (Prague). The tomb also had inscriptions from the Book of the Dead and described the officer’s resurrection and his journey to the afterlife.

The “first true globalization of the ancient world”

Experts dated the tomb to the late 26th Dynasty or early 27th Dynasty (early 5th century BC). According to the mention discovered in the burial chamber, it belonged to an ancient Egyptian dignitary named Wahibre-mery-Neith, who held the title of ‘Commander of Foreign Mercenaries’, who supervised and commanded soldiers from the Aegean islands and Asia Minor.

The Egyptian Ministry of Antiquities has led researchers to conclude that ancient Egypt was much more globalized than previously thought.

The final resting place of Wahibre-mery-Neith

The tomb of Wahibre-mery-Neith was found about 12 kilometers southeast of the Pyramids of Giza. It was divided into separate parts by narrow bridges carved out of natural rock. 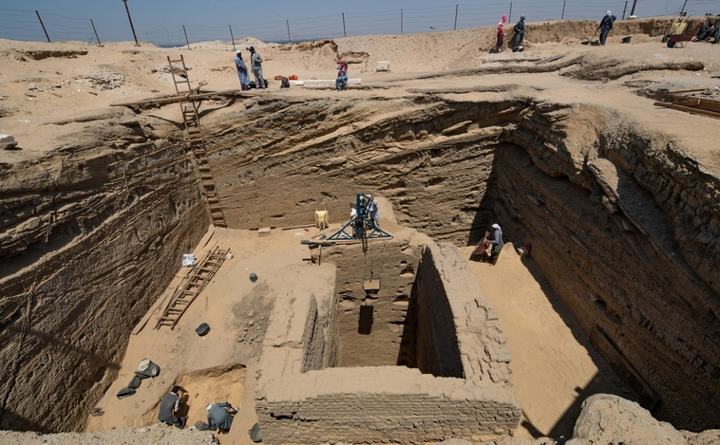 Covering an area of 14 square meters, its main shaft was about 6 meters deep. However, as is the custom for ancient burial sites of the time, there was a smaller and deeper shaft in the middle of the main shaft which led to the double sarcophagus where Wahibre-mery-Neith was buried. Also, inside the tomb, they found the largest embalming store in Egypt, including 370 ceramic jars containing materials used to mummify the commander. 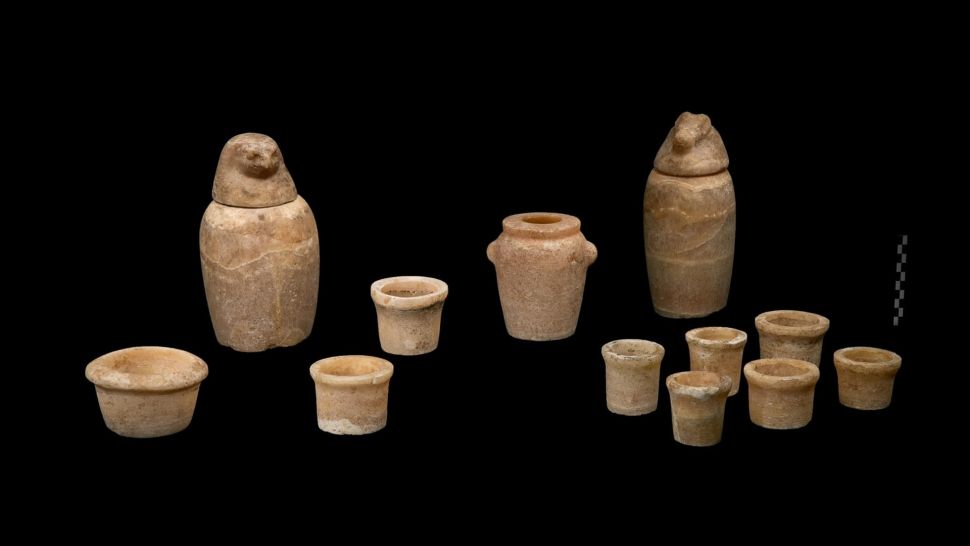 Tomb design At the bottom of the deepest shaft, which measures 6.5 x 3.3 meters, at a depth of about 16 meters, the mission found two sarcophagi, one inside the other. The outer sarcophagus was made up of two large slabs of white limestone, while the inner anthropomorphic coffin is made of basalt rock.

However, Wahibre-mery-Neith’s body was not found. Some researchers suppose that she most likely died quite unexpectedly, when her grave and funeral equipment were still unfinished.

While others attribute its absence to the tomb being looted in late antiquity, most likely around the 4th-5th century AD. 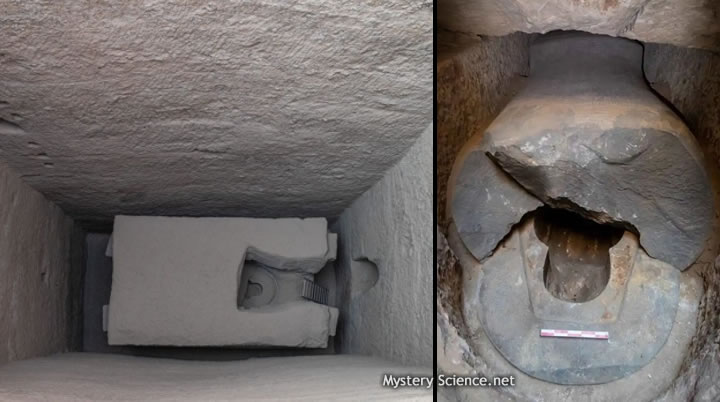 View of the sarcophagus of Whaibre-mery-Neith. Credit: Petr Košárek/Czech Institute of Egyptology.

The amount of elements and materials used in mummification found in this type of tomb has never been so great. Therefore, the archaeologists indicated that “the design of this site has no parallel in ancient Egypt.” Grave goods and inscriptions from the ‘Book of the Dead’

The upper part of the basalt sarcophagus was inscribed with extracts from chapter 72 of the Egyptian Book of the Dead, according to a statement by Dr. Marslav Barta, head of the archaeological mission.

The text would describe the general’s resurrection and his journey to eternity, including spells that were also part of the transfiguration ritual and thus guaranteed a peaceful afterlife for the owner.

It may also interest you: They find a lost pharaonic solar temple from more than 4,500 years ago. A funerary trousseau was also found.

A total of 402 earthenware ‘ushebtis’ (figures of servants who were to perform work on behalf of the owner in the afterlife), two alabaster canopic vessels without inscriptions, an earthenware model of an offering, ten model cups, an ostracon of limestone inscribed with religious texts and an intricately carved scarab. 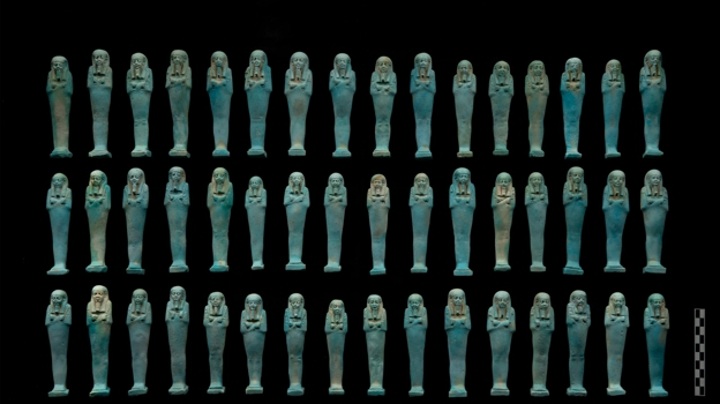 Some of the ‘ushabtis’ found in the tomb. Credit: Petr Košárek / Czech Institute of Egyptology.

According to the researchers, the astonishing funerary structure of the commander of the military officer, shows “how the ancient Egyptians adapted the material culture of their religious beliefs in times of crisis and uncertainty” since the unfinished decorations inside the tomb suggest that the death of the ancient commander occurred at a time of crisis for the Egyptian people, right at the beginning of Persian rule in Egypt.