International geologists linked to  the Woods Hole Oceanographic Institution may have made the greatest discovery in the history of the planet. It is a  mysterious underground channel that measures a little more than 1,600 kilometers , and connects the Galapagos with Panama.

This impressive finding  opens a new window of investigation towards a part that science has not studied in depth, chemical evolution. For scientists, this would be the best opportunity to better understand the internal geochemical diversity that the planet presents.

How do they discover the mysterious underground channel?

The discovery of the mysterious underground channel was made thanks to  the fact that experts located some magmatic samples that were transported by “the mantle wind”, which blows under the earth’s crust.

According to the researchers, there are many possibilities that magma could come out of this tunnel. To determine that the volcanic material is from the Galapagos mantle plume, scientists applied various research techniques. On the one hand  , they collected geochemical information on rocks and fluids found  in the aforementioned channel. They also used isotopes of helium and telluric images of the planet’s subsoil were obtained. 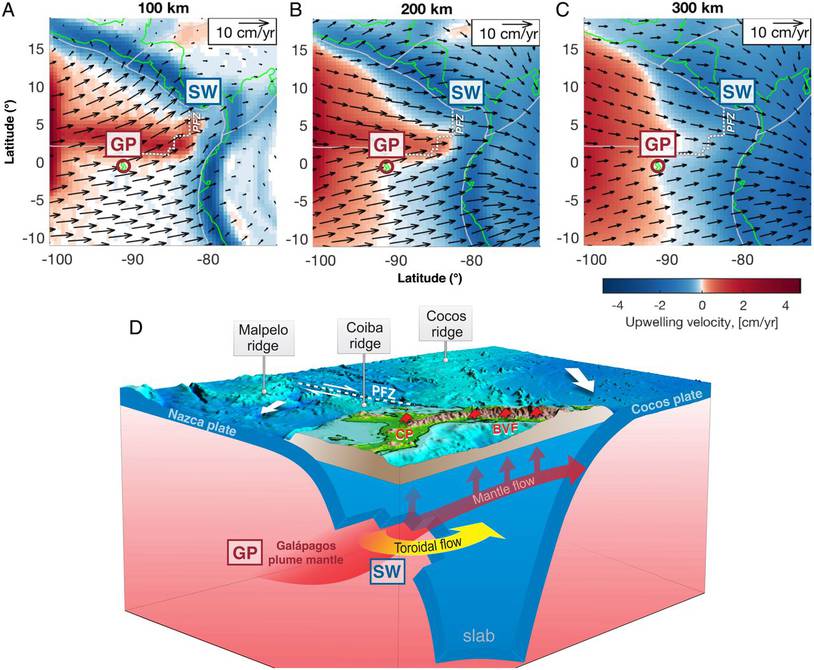 In addition, the team of geologists led by  David Bekaert made  a temperature measurement of an unexpected  composition of volcanic gases present in the area. This as a measure to monitor the large-scale movements that take place under the earth’s crust.

According to calculations made by the group of scientists,  the mysterious underground channel is located about 100 kilometers deep  in the ground.

The study has revealed that it goes in the direction of the Galapagos Islands towards Panama, covering a distance of close to 1,609 kilometers.

Even more interesting is what Bekaert states in his report, where he states that  “volcanic material” can be moved through this tunnel from the Galapagos to Panama.

To reach this conclusion , the researchers followed the trail left by the  hotter material coming from the inner layers of the earth, which rise above the mantle plume in the Galapagos Islands. 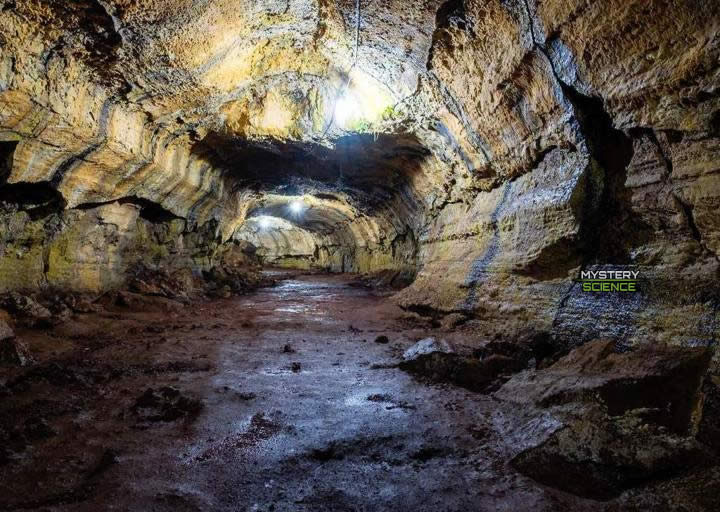 One of the underground tunnels in the Galapagos. As a result, they were able to notice that once those materials begin to move within the planet’s shallower mantle,  some of that material also begins to move,  but laterally.

Possibly driven by so-called mantle winds. ” This event represents a way of transporting materials that is being studied for the first time on Earth ,” said scientist David Bekaert.

A rather curious geological area

In these terms, the experts in charge of the investigation define the geological zone between Panama and the Galapagos Islands. Because  both territories are located on tiny tectonic plates,  these in turn are surrounded by larger tectonic plates.

The largest plates have  a zone called ” subduction “, which is the product of the encounter with continental zones . As a result of this encounter, the plates end up sinking deeper into the mantle.

The curious thing about this geological area is that the region sinks enough to prevent the lateral transport of materials. But it turns out that  the Panama tectonic plate works more like a slab window , allowing material to flow well past the subduction zone.

What meaning does it have?

Despite the millions of years that the Earth may be , it continues to be a very dynamic system. It is also characterized by the presence of large-scale materials that are constantly moving many kilometers underground.

A little studied field of the Earth For David Bekaerty and his team of scientists,  discovering the mysterious underground channel between the Galapagos Islands and Panama means a unique opportunity in the history of modern science. 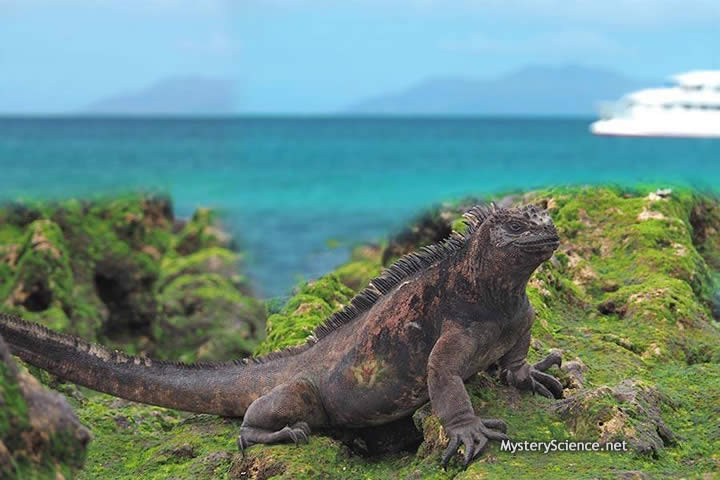 The Galapagos Islands have been called ‘Darwin’s living laboratory’.

Because  it could allow researchers to understand in detail how  the chemical structure of the planet has evolved during its geological cycle that spans millions of years.

On the other hand,  scientists have little understanding of the newly discovered liquid mantle , so now they will be able to fully analyze it. And thus give an explanation to the whole world of other similar anomalies that occur around the world.

Previous Babylonian tablet predicts the path of Jupiter 1,400 years before telescopes existed
Next They plant seeds that are more than 2,000 years old and germinate successfully