These impressive swords are not part of a movie set, and although they are not an ancient monument , they pay homage to a battle that occurred more than a millennium ago.

Norway is a place famous for its beautiful landscapes, those who have had the opportunity to see the northern lights have been fascinated. But it is also well known, due to its particular history , the Norwegian inhabitants were divided into tribes and peoples who were always at war .
The victory that changed the lives of the rebels

One of the most important cities in Norway is Stavanger , not only for its oil activities, but also for being the destination of many tourists.

Very close to this city one of the most important events in the country’s history occurred. The monument of the three giant bronze swords was designed by the renowned artist named Fritz Roed de Bryne. They are called “Sverd i Fjell”, which means, “Swords in the rock”. 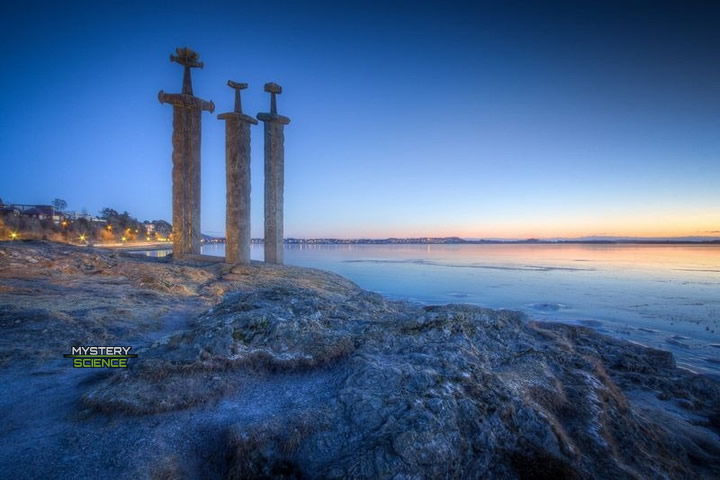 The three giant Viking swords are located on a Norse hill.

What do the swords represent?

Each one of the swords of the monument measure 10 meters , this makes them very attractive, but the history that surrounds it is much more interesting.

These three weapons symbolize the peace that invaded the country after a great battle, however, each one represents a sovereign.

The main sword represents King Harald Fairhair I , he was the only ruler who managed to unite the country about a hundred thousand years ago.

The other two swords are slightly smaller, and represent the enemies that King Harald defeated in the war. 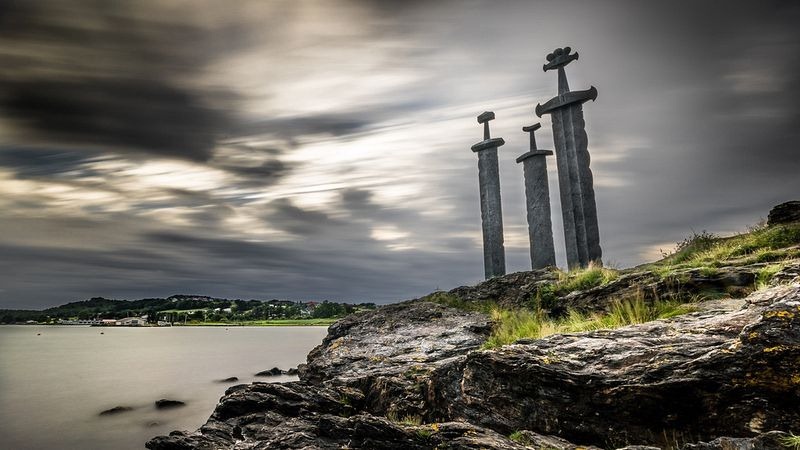 What little is known about the battles that took place in Norway is from the poems and sagas that have been found . But according to the country’s historical documents, the last battle that unified the entire region did not bring lasting peace as we believe.

In various legends Harald Fairhair is mentioned as the first king of the Vikings, he lived around 850 and 935 AD He ruled from 872 until the day he died, according to the poems, he had two sons. Eric and Haakon, who became kings long after his death.

The life and battles of the king who unified the Vikings

The poems have been valuable to know a part of the history of the Vikings, however, it seems that the written saga has more details. In this it is mentioned that when Harald was young he came to rule several kingdoms of Vestfold , they were small towns.

When his father Halfdan passed away, he became more famous, and he met a young girl named Gyda . She was the daughter of King Eirik of Hordaland, he was captivated and fell completely in love with her, so she offered him marriage. But she refused him and told him that he must be king of all Norway to accept her proposal.

The king fights in Hafrsfjord to keep his promises

Harald loved Gyda so much that he assured him that he would become an important king. Furthermore, he promised that he would not cut or style his hair until he was crowned, and he kept his word even though 10 years had passed. 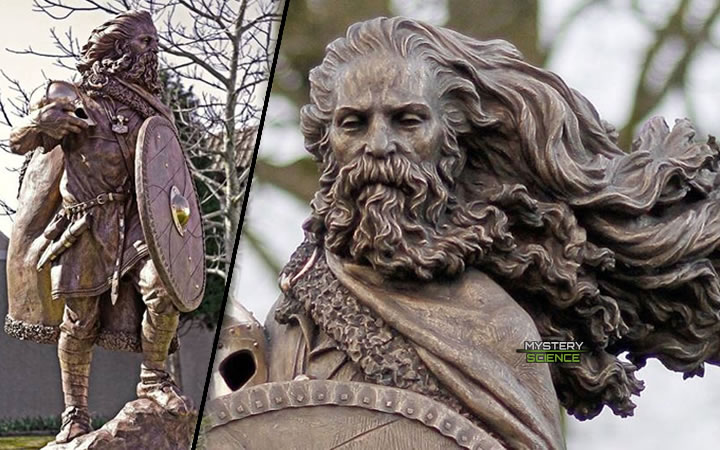 Statue of King Harald I of Norway, nicknamed Beautiful Hair.

He first began by conquering the smaller Viking kingdoms , but his campaign ended in the battle of Hafrsfjord , the most important of all. When the other kings found out that Harald was taking over different regions they began to prepare.

The news began to spread, Harald learned that in the south of the country Agder, Thelemark, Hordaland and Rogaland were gathering warriors and weapons . Therefore, he began a campaign to recruit people as he headed south in ships.

King Eirik was aware of everything that Harald was doing , so he too began his journey. He entered Hafrsfjord where they were waiting for him to start the battle, which was hard and long, but Harald Fairhair won . He defeated all of his opponents, most were killed and the rest fled .

What happened after the battle?

Eventually Fairhair became king of all of Norway and defeated the rulers of all the cities in battle. So he proceeded to cut his hair, comb it and wash it, for he had already kept his word.

You may also be interested in: The legendary Viking sword made with technology that did not exist until 800 years later .

Finally, he went to see Gyda to remind him that the marriage proposal was still on. She hadn’t forgotten, moreover, Harald was already king of all Norway as she promised 10 years ago, so she quickly accepted. After the wedding they lived happily until the king died.

Characteristics of the monument 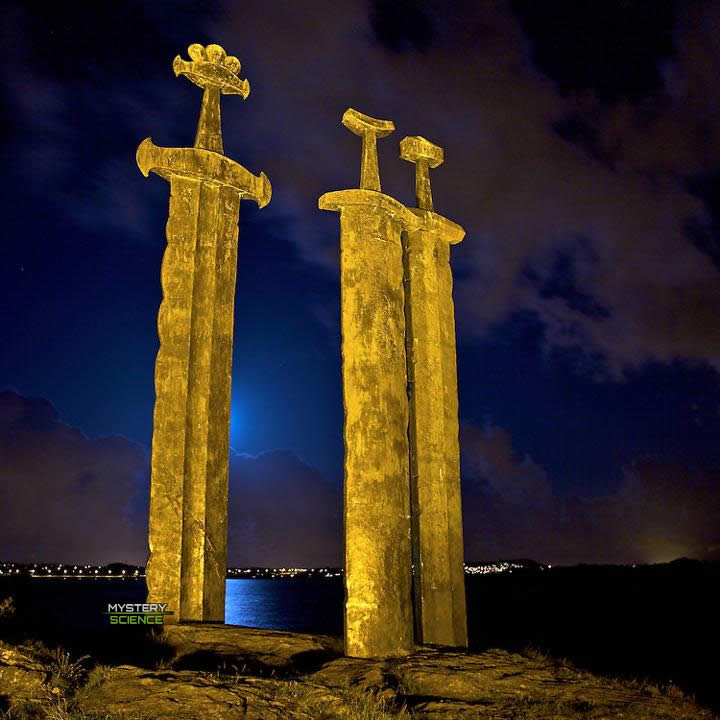 The giant swords are embedded in the rock of a small hill where the battle is believed to have taken place. Being nailed to the rock, from where they cannot be moved, they represent peace, it is no longer possible to extract them to wield them in a new battle.

They are carved to resemble traditional Viking swords, and as mentioned above, two of the swords have basic unadorned hilts, both of which represent vanquished kings who submitted to Harald, while the taller sword is a bit more elaborate. and represents the victory of King Harald .

Sverd i fjell is currently a very popular monument among Norwegians. Being the reflection of a transcendental event in the history of Norway, tourists come to visit it for its valuable meaning, its imposing presence and the beauty of the landscape that surrounds it.

Previous Mysterious object from 7,000 years ago has the Pyramids of Giza drawn
Next They find treasure from an ancient kingdom that mysteriously disappeared