An ancient and enormous monolith is known in Japan as one of the greatest enigmas in history.

It has been called “Ishi-no-Hoden” and has generated many hypotheses among experts, since there is no scientific information about who built it and for what purpose. In addition, the Japanese anciently revered it as a sacred object.

Ishi-no-Hoden is located over a pond in Takasago City , Hyogo Prefecture. The incredible stone monument attracts a large number of visitors, being a giant stone structure that seems to float .

One of the greatest puzzles in Japanese history

The colossal megalith is almost 6 meters high and 6.5 meters wide. It is almost 8 meters deep and weighs about 500 tons. But why is this giant monument so mysterious? For several reasons…

One of them is because there is not much information about the origin of this structure, much less what its purpose was. In addition, it seems that researchers have not been able to explain how a stone of such magnitude was made. There is also no evidence that any tool was used for its construction. 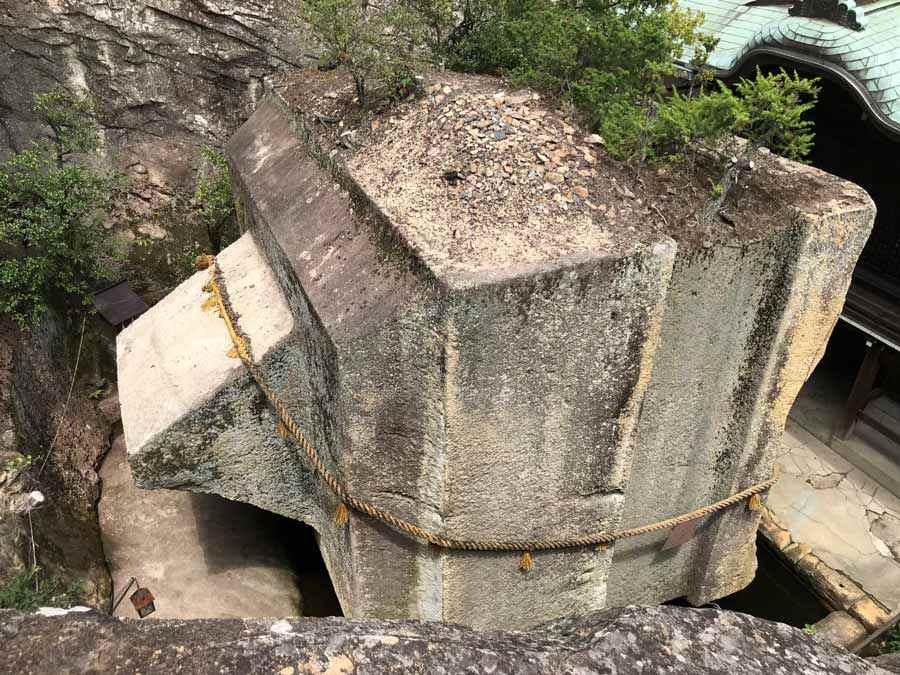 Details and history of Ishi-no-Hoden

The gigantic structure of the Ishi-no-Hoden bears some important similarities to the colossal stone ship of Masuda . One of them is that both are carved in hyaloclastite. This is a type of stone that is characterized by being hydrated and rich in black volcanic glass .

These types of stones were formed about 70 million years ago . And it only occurs in places where volcanic, subglacial or underwater eruptions occur. A quite particular characteristic that two other monuments found in Japan also have.

Historical record of the Ishi no Hoden

Unsurprisingly, the existence of the colossal monument was documented in a fairly old historical record from Harima province . The manuscript is known as “Harima Fudoki”, which is a compilation of ancient stories during and after 713 AD. 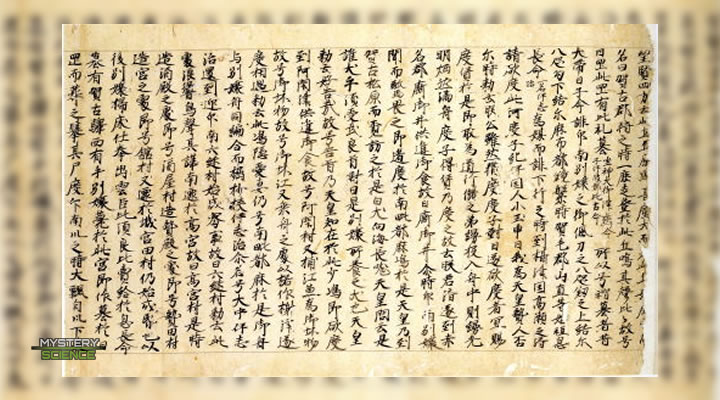 The story of Ishi-no-Hoden is told in the Harima Fudoki. Credit: Wikimedia Commons/Public Domain.

But unfortunately there is not enough relevant information about Ishi-no-Hoden in the record . It also does not say the reason why it was made, however, what it does mention is that the place was already quite well known in the Nara period .

The route to reach the mysterious monument

To reach this enigmatic stone, you must first climb Mount Hoden. There are quite steep stairs, which connect the base of the mountain with the Ooshiko shrine. Although it is possible to arrive by a paved road, many visitors prefer to do this tour.

Finally, to access the top of Mount Hoden and observe the megalith, it is essential to climb some stairs that were carved directly into the stone. After reaching the top, there is a short path of steps leading to the Ishi no Hoden , which bears a sacred rope as an ornament. 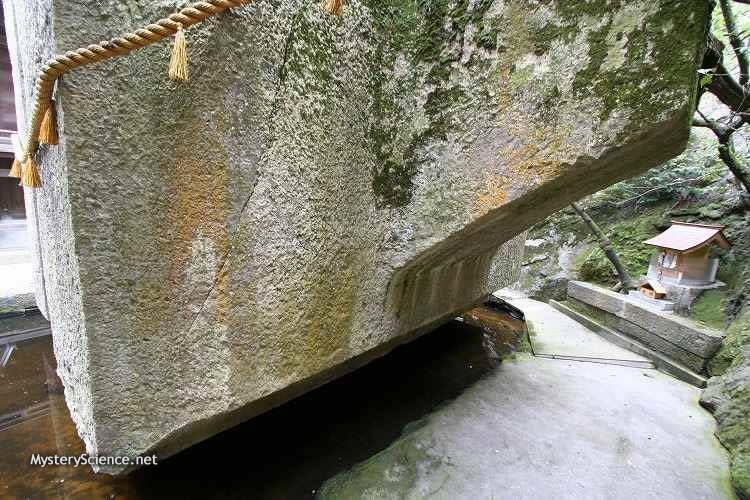 The huge monolith is called the “floating stone”.

At first glance, the monument looks like it is floating on a pond, the water stored in that pond is said to be magical . In fact, these waters have been known for a long time because they are effective against any disease. Apparently they have never dried up, and when the tide rises the level rises.

Famous legends about the stone

Given that the information is scarce, the legends have become more famous, one of them narrates that the gods Ookuninushi and Sukunabikona participated in the construction . It is said that they arrived in the country, and were ordered to build a palace in just one night.

But it so happened that the deities that were nearby revealed themselves. For this reason, the two gods who worked on the work were forced to leave the place and the palace was left unfinished. 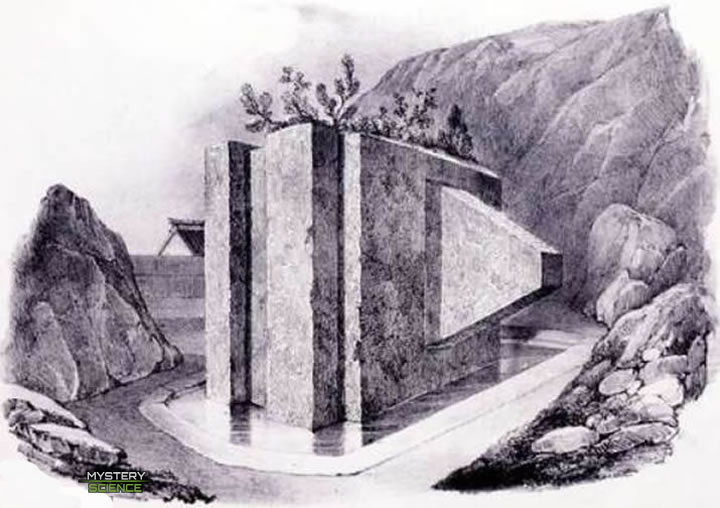 Artist’s rendering of the Ishi-no-Hoden monolith in Japan.

It is true that, for many people, this legend may seem simple fiction, however, it is possible that they are real events narrated with some symbolism . Perhaps, when they mention that “they had to build the palace in one night” they mean that they had to do it very quickly.

You may also be interested in: The mysterious Japanese monolith of unknown origin .

However, the Ishi-no-Hoden monolith continues to be shrouded in a great enigma, since it has not yet been possible to answer the question of how it was carved. Neither have stone tools been found on the site, nor inscriptions or engravings of any kind that show its construction process, who built it and for what purpose it is part of the mystery.

What we can be sure of is that this gigantic monument was created by a highly developed civilization that had very advanced technology. With which they were able to create a rock of such magnitude, resistant to climatic changes and inclement weather, a megalith that will last forever.