Crossing the desert and other places in Jordan, a wall of about 150 km in length is erected that still baffles archaeologists, scientists and anthropologists.

For experts it has been very difficult to determine the exact age of this building and the purpose for which it was built. Let’s take a closer look at this very particular barrier.

The discovery of the Khatt Shebib

The first sighting of this amazing archaeological ruin was made by the British diplomat from Jordan Sir Alec Kirkbride in 1948. While flying in his plane, he could see a long stone wall, with no apparent purpose, crossing the country. His find was recorded in the journal Antiquity .

Since then, multiple researchers from various disciplines have been interested in understanding why this barrier was built , a task that has not been easy. A clear example of this is that the date proposed for its construction is still uncertain. While some claim that construction began in the Iron Age, others maintain that it was built in the Nabataean period .

Location and characteristics of the Khatt Shebib 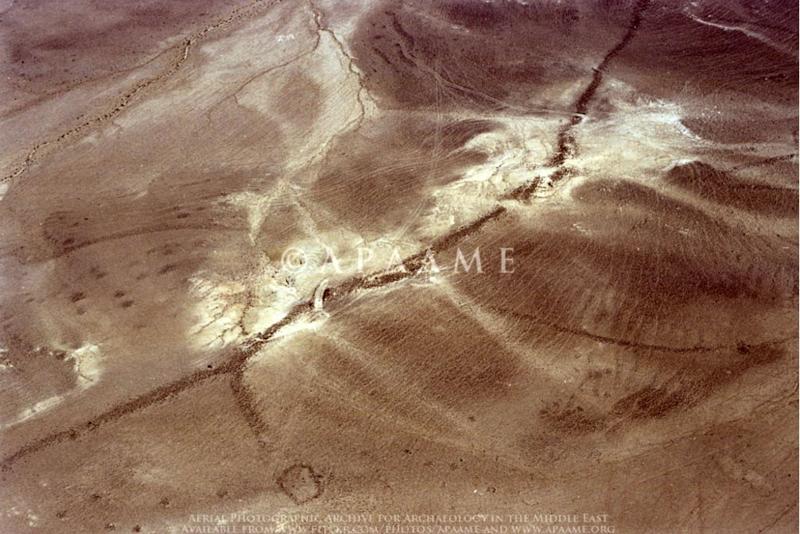 The extensive wall is located in southern Jordan and covers a large geographical area of ​​about 150 km in length. Throughout its entire route, other walls can be found parallel and perpendicular to the main wall, giving the impression that it branches off.

Starting in the north near Wadi al-Hasa, this barrier moves southeast until it reaches Ras An-Naqab. Approaching urban areas such as Shobak, Ma’an and Al Mdayrej, the line drawn by the wall veers into the desert in southern Jordan . This entire area is made up of large sand dunes and mountains.

The Khatt Shebib was built almost entirely out of rocks and other natural elements. As expected, the materials used in its manufacture vary according to the section of the wall examined. Because the wall is so long, the builders used the materials available nearby as they went.

Towers along the wall

One of the key characteristics of the wall is that, along its route, it is possible to count some 100 towers , from 2 to 4 meters in diameter. According to the researchers, some of these towers were built after the wall was finished.

All these towers received different uses throughout time . Some were used as shelters to spend the night, and others as lookout posts to spot threats such as sandstorms. In addition, hunters could hide in them, waiting for their prey to be close enough to shoot them down.

Remains of one of the towers along the Khatt Shebib wall. Credit: APAAME

What has surprised archaeologists for decades, however, is that the wall and towers are found in a larger landscape of ancient structures. Giant geoglyphs and earthworks in the form of rings, kites and wheels are also found in the deserts of Jordan.

Called “Works of the Ancients” they are a series of giant ‘wheels’ dating back approximately 8,500 years , making them older than the famous Nazca Lines in Peru by some 6,000 years. 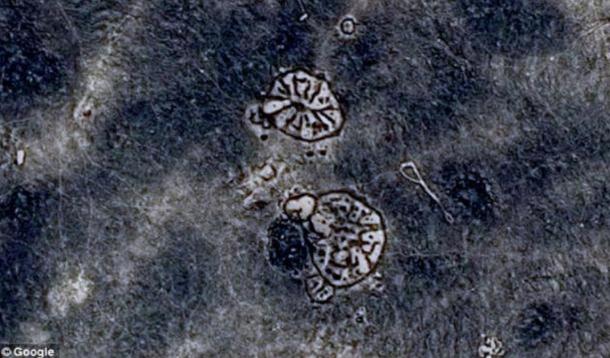 The two “wheels” of the Black Desert created 8,500 years ago. Credit: Google Earth.

Experts are still unsure who built the giant earthworks and structures in Jordan’s landscape and what their original purpose was.

For what purpose was it built?

One of the great mysteries that surround the Khatt Shebib has to do with the purpose of its construction. At first it was thought that it was used for military and defense purposes, but due to its low height (1.5 meters), this theory was discarded by contemporary researchers. 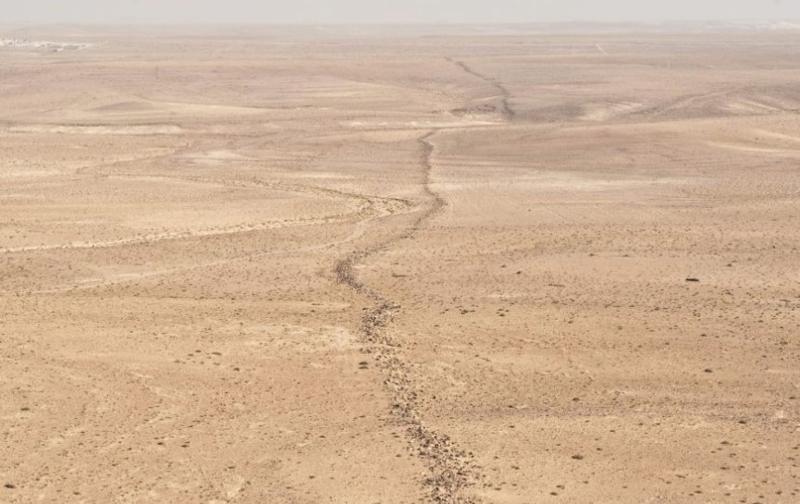 The argument that has gained most acceptance is that the great wall was used as a border between the nomadic Bedouin tribes and the settled and cultivated regions. However, it is hard to believe that so much time and effort was spent on such a building just to separate and divide land.

In order to determine the true purpose of this wall, scientists have done intensive studies to find out when and by whom it was built. Remains of ceramics have been found in some towers and along their route, suggesting that their construction took place between 312 BC and 750 AD. 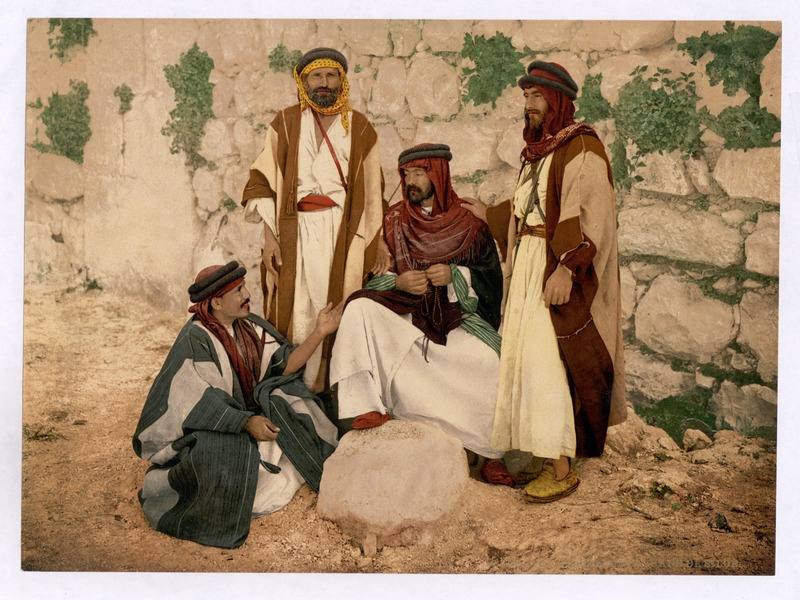 Artistic representation of a group of Bedouin men. Public Domain

The Khatt Shebib may have been built by the Bedouin people under the direction of the Arab prince Amir Shebib , the ruler of Transjordan. The word Khatt means line , so in the original documentation for the wall it was simply called the Shebib Wall .

To date, little is known about Khatt Shebib because aerial archeology is so limited. It is necessary to carry out systematic field work to get closer to the mysteries that this enormous wall hides.

Previous Gobekli Tepe: An intriguing part of human history peering through the Ice Age
Next Cherokee tribe and the Nunnehi Beings – travellers from other worlds