The alien legends of the Cherokee mention strange beings with abilities such as teleportation and invisibility. They even fought alongside them during battles against invaders.

The Cherokee talk a lot about strange beings known as Nunnehi. The Nunnehi were mysterious, intraterrestrial entities and a positive influence for this tribe, even supporting them during battles against local and European invaders. The Cheroqui or Cherokee are Aboriginal people located in the states of Oklahoma, Alabama, Georgia, Tennessee and North Carolina. 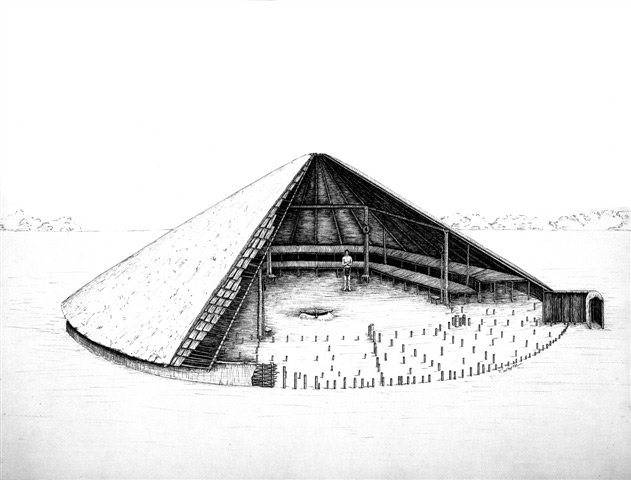 They are very spiritual and believe in three different worlds the Upper World, This World and the Underworld. According to the Cherokee, spiritual power is also found in this world, the physical terrestrial world. It is found in all of nature: rocks, rivers, trees, animals, etc. Even geological formations: in caves and mountains.

The Nunnehi are described as elementary and invisible beings, although they could show themselves at will. They even changed their form, to a more human form of a warrior (described as “majestic”).

They were similar to the aboriginal humans of the United States, but they had a certain “supernatural” or “extraterrestrial” aura. Nunne’hi means “travellers”, but also “people who live anywhere” because they lived in strange lands (interior of mountains, underground worlds and under rivers). They were seen as alien beings with extraordinary abilities, such as the aforementioned invisibility, teleportation and the most shocking is immortality.

They helped travellers lost in the desert or seriously injured, who were taken to their underground worlds to heal them. Even some Cherokee lived with them permanently.

They helped the Cherokees in battles against invaders

The Nunnehi often joined this Native American tribe during wars against European settlers or invaders. Near Mount Nikwais, in North Carolina, a battle broke out between the Cherokees and another tribe: When the Cherokees began to forcibly retreat from their place of origin, an unknown being, together with another battalion, came to confront the invaders, they were amazed because of the invisible entities (but the Cherokees knew they were the Nunnehi).

A story collected by the ethnologist James Mooney in his 1898 book Cherokee Myths talks about a house of these beings built on a circular depression of the earth. The house was located near the old town of Tugaloo and was similar to the Cherokee villas. The people who lived there were incorporeal – they had nobody. Whenever debris or garbage was thrown into that house, it looked clean after a few hours. English colonists also experienced the same strange experience.

They were seen as humanoids with extraordinary abilities. Among the homes assigned to the Nunnehi are Blood Mountain, Georgia, near Lake Trahlyta, Pilot Knob Mountain, Colorado, and Mount Nikwasi. Several of these formations are considered to be ancient artificial constructions of these entities.

So could these Nunnehi have been extraterrestrial beings who contacted the Cherokees regularly? In other American legends similar entities are mentioned, such as the “Ant People” of the Hopi Indians.

Powered by WordPress | Designed by TieLabs
© Copyright 2022, All Rights Reserved